Communism and Socialism are Leftists Lovers 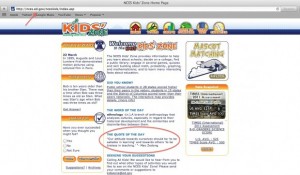 Zhu De, in fact, was the commander of the People’s Liberation Army and a full partner with Chairman Mao in transforming the world’s most populous nation into a communist dictatorship. “Zhu De was one of the most important members of the CPC’s first generation of leading collective with Mao Zedong at the core,” says the Communist Party of China Encyclopedia.

A pool reporter at the Great Wall of China for Michelle Obama’s visit there Sunday said “Chinese authorities made sure, for a day, that Mutianyu [a section of the Great Wall] was visibly free of Obama-Mao t-shirts.” 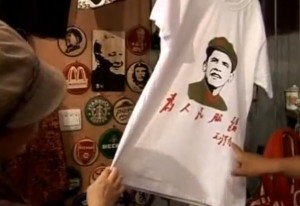 Mao and Stalin Lovers: Lib Talker Says It’s Irresponsible for Beck & Palin Not to Realize How Dumb & Dangerous Their Audience Is

(video removed because the person is a coward)

By now, most have heard of the Obama campaign’s new slogan, “Forward,” and the dubious scrubbing of all references to the Marxist origins of the motto on its Wikipedia entry…. President Obama’s leftwing ideology and those who have served as his inspiration — from far-left radical Frank Marshall Davis to Bill Ayers and his father, Tom…….. Take a walk down Communist lane as Stalin, Lenin and Mao blast “forward” for victory.

MSNBC host thinks your kids are her kids & vice versa

In a new “Lean Forward” ad for the network, MSNBC’s Melissa Harris-Perry embraces a radical collectivist philosophy, insisting that America’s children are “owned” by society…..Of course, if as Harris-Perry holds,”[t]he cost to raise a child [is] $10,000 a year up to $20,000 a year,” and if children should be viewed as collectively “owned” by “society,” then taken to its logical extension, a woman’s choices about having a child should be informed by the economic considerations of the “community,” would it not? But of course, that logic would take someone to justify, for example, the “one-child” policy in Communist China.

Between things like Anita Dunn’s professed love for Mao Tse-Tung and the not-controversy surrounding the president’s new campaign slogan (“Forward!”), we suspect White House staffers are getting awfully tired of responding to questions about whether the Obama administration employs at least a few communist-sympathizing officials…..

Boosktaber posted a refutation of conservative author Tucker Carlson’s claim that, by repeatedly singling out the “wealthy,” Democrats are waging “class warfare.”

“I am not picking sides in this war,” he added, “but I believe such a war is justifiable, and indeed ultimately inevitable.”…..Karl Marx, of course, is most famously known as the father of communism. His political philosophy was adopted and implemented by infamous dictators — including Vladimir Lenin, Mao Tse-Tung, Joseph Stalin, Pol Pot, Ho Chi Min, Fidel Castro, and Che Gueverra — whose search for the perfect collectivist society led to the deaths of approximately 100 million people, according to the historian Stéphane Courtois.

Far-Left Website Contributor Finally Comes Out and Says It: ‘Why You’re Wrong About Communism’

Communism is more of an “aspiration, not an immediately achievable state,” Myerson wrote. “It, like democracy and libertarianism, is utopian in that it constantly strives toward an ideal, in its case the non-ownership of everything and the treatment of everything – including culture, people’s time, the very act of caring, and so forth – as dignified and inherently valuable rather than as commodities that can be priced for exchange.”

Here’s to wishful thinking that communism in America wouldn’t end as bloody and tragically as it has in every single instance throughout history?

Over the weekend, TheBlaze noted that in a glowing profile on White House Press Secretary Jay Carney’s wife Claire Shipman in Washingtonian MOM magazine, what garnered the most attention was the Soviet-era propaganda hanging in Carney and Shipman’s home…….

…….Reflecting “the hocus-pocus transformation of totalitarian Communism into a force of liberalism,” West notes interestingly that other media professionals have shown a similar penchant for hanging Communist imagery in their homes:

In an interview with radio host Vince Coakley, the Kentucky senator said socialism is “alive and well” among the Democratic presidential candidates but warned that it was “no accident” that multiple socialist leaders were responsible for the killings of millions of people.

Communism on Parade? High School Marches to Marx and Lenin

To be fair to the superintendent, she sincerely doesn’t seem to understand what’s so bad about this incident, and why it’s in bad taste. In fact, therein is the basic problem: We have failed to teach the horrors of the Bolshevik Revolution specifically and of communism generally.

Those horrors include over 100 million corpses generated by communist governments, starting with the Bolshevik Revolution in Russia in 1917—that is, “St. Petersburg 1917.” For perspective, 100 million is twice the combined deaths of World War I and II, the two deadliest conflicts in history. Even then, 100 million dead, which is the estimate provided by the seminal Harvard University Press work, “The Black Book of Communism,” is a conservative figure. The latest research claims that Mao Tse-Tung was responsible for the deaths of at least 70 million in China, and Joseph Stalin alone may well have killed 60 million in the USSR.

The Chinese Flag Flying Over a California City Hall?

Residents of San Leandro, California were, it seems, and the plan prompted a mini-firestorm that forced the mayor to intervene….

The day commemorates the formation of the People’s Republic of China in 1949 by Mao Zedong.

we noted that in a profile of White House Press Secretary Jay Carney’s wife, Claire Shipman, in Washingtonian MOM magazine, Soviet-era propaganda adorned the walls of the family’s home.

Today, a photo has been making the rounds, courtesy of the Ready for Hillary Super PAC’s Facebook page, of Hillary Clinton supporters standing in front of a piece of Communist-style, propaganda-esque art. The person depicted in the piece? Ms. Clinton herself. 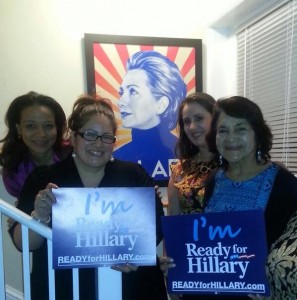 One of the supporters pictured in the Ready for Hillary photo is named “Dolores,” someone who may befamiliar to Blaze readers. As some may recall, the woman pictured on the far right of the Ready for Hillary photo is Dolores Huerta, a life-long community organizer and unabashed progressive activist whose career began with the co-founding of the National Farm Workers Association with César Chávez in 1962…….

Back in 2006, Huerta praised Venezuelan tyrant Hugo Chavez’s policies, asking “why can’t we do that here in the United States,” while stating that “Republicans hate Latinos.” Huerta, among many other honorary positions, sits with noted Leftist radicals such as Frances Fox Piven and Cornel West as an honorary chair of Democratic Socialists of America.

Huerta has also been arrested more than twenty times for her participation in various protests.

In 2012, Ms. Huerta was rewarded for her efforts with a Presidential Medal of Honor from Barack Obama.

Why Are NY School Kids Being Taught To Emulate Van Jones?

public schools in New York state have a special program in their curriculum on Police Brutality that prominently features Van Jones, a former White House Green Jobs Czar who stepped down from that plum position after his deep roots in many radical organizations were exposed on both Beck’s TV and radio programs…..The former Green Jobs Czar is fond of saying that he doesn’t mind dropping the radical pose in order to achieve the radical agenda. He has not only changed his “pose” but apparently suffers from selective memory when referencing his own history

Common Core is Tool to Produce a Commie Corps

Barack Obama declared six years ago that the ultimate goal of his presidency was to fundamentally transform America.

This has been not only his agenda, but for decades the goal of America’s political left wing. To transform a country one must first transform its people. Transformation takes place by changing the values by which people live and by changing their self-perception of who they are and what they are supposed to become. Common Core is to education what Obamacare is to health care.

Both programs give federal bureaucrats control over these most important aspects of life. They disenfranchise us as patients and parents. Controlling the lives of “those below” is the animating principle of Leftism and the elitists who wish to do the controlling.

A communist society takes choice away from the people and places it in the hands of a centralized apparatus removed from the people. In other words, it deprives the individual his liberty.

Through centralization, the individual loses not only his liberty but is socially engineered to think a certain way and act in conformity and lock-step with how the ruling elite want its new underclass to act.

3. President Obama and the U.S. ”Perhaps our book may also help President Obama abandon his craving for Marx’s utopian ideology, “to each according to his need,” which is transforming the United States into a decaying socialist country in all but name.”

Common Core does exactly that.