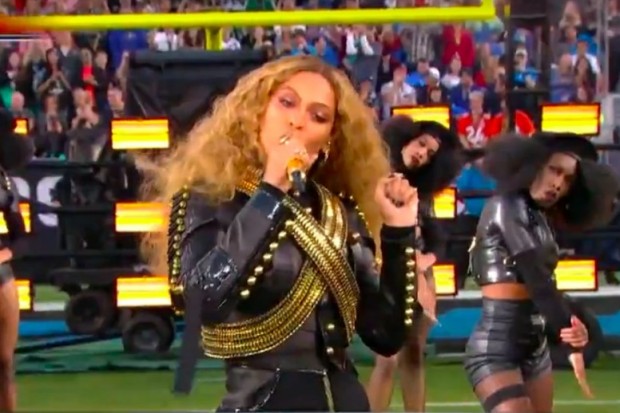 Dear Beyoncé and Snoop Dogg and Stevie Wonder and all the celebrities who have supported Black Lives Matter since the string of tragic civilian and police officer shootings last week:Your sway on our culture is immeasurable. You have tried to use that influence for what you believe is good. Thank you for attempting to make the world better, even if we sometimes disagree on the terms of what better means. We address you with concern, empathy and a spirit of reconciliation.Lately what you have said regarding Black Lives Matter deserves more analysis than you have apparently given it.Stevie, you’ve said, “Black lives matter because we are the original people of the world.” Beyoncé, you’ve said, “We’re [supposedly Black Lives Matter and its supporters] going to stand up as a community and fight against anyone who believes that murder or any violent action by those who are sworn to protect us should consistently go unpunished.”Snoop, you said at a recent Black Lives Matter rally, “We here to show support for these police officers and try to get some dialogue with them so that way, when they hit the streets, they know that we just like them. We OK. We can communicate.”Great. Let’s communicate. We’ll start with what we all agree on.(More from LifeZette: The Faith of Chief Brown Inspires a Nation)First, black lives matter. Unequivocally. The violent terror that people, primarily black people statistics show, endure in the inner city is appalling and absolutely must be addressed.Second, there have been horrific shootings involving white police officers and black men. Laquan McDonald in Chicago and Walter Scott Smith in North Charleston come to mind. Both officers involved were indicted. There is a dire problem with some police officers’ behavior, and we want to address and correct that just as much as you do.But this is likely where our agreement ends. And we hope you’ll still hear us out. The art of civil discourse includes considering each side of an issue, even if we disagree.We have some statistics for you. The mainstream media does not report them because … well, that’s an entirely different letter. We hope you will simply read and contemplate. We offer them not with combativeness, but with truthfulness.• Fewer than 400 people a year are killed by cops, and 61 percent of them are white.• Ninety percent of murdered blacks are murdered by other blacks.• A police officer is 18.5 times more likely to be killed by a black male than an unarmed black male is likely to be killed by a police officer.• Black males have comprised 40 percent of officer killers in the last decade, even though they make up six percent of the population.• Four percent of all black homicide victims are killed by police officers.• More than 6,000 blacks are murdered each year. Even though blacks are only 13 percent of the population, they are dying at a rate more than eight times that of whites and Hispanics combined.• Up to 75 percent of black children are raised without fathers. Dallas police chief David Brown mentioned this in a recent press conference, saying that law enforcement is often unfairly expected to deal with many of these damaged individuals who turn to crime after growing up without discipline, guidance and role models.• The DOJ has found that 85 percent of violence involving a black and a white is black on white.If you don’t believe these statistics, most from FBI data, maybe you’ll appreciate a Harvard study by black economics professor Roland G. Fryer. His research of more than 1,000 officer-involved shootings revealed that, though there might be racial bias when officers use other types of force (pushing a suspect to the ground, etc.), there was there was no indication of racial bias when officers fired guns. Fryer’s research also revealed that officers were more likely to shoot a white suspect than a black one.(More from LifeZette: What Hamilton Might Think Of Hillary)In fact, a sophisticated 2014 University of Washington study determined that officers, though they often felt more threatened by black suspects, actually hesitate longer to decide to shoot armed black suspects than white suspects.You see, Beyoncé , Stevie and Snoop, the information you share with fans and the world is emotional and reactive, not fact. And Black Lives Matter is great at creating its own “truth.”The biggest problem in race relations today is not the cops or racial bias. It’s blacks killing blacks. Why doesn’t Black Lives Matter address that?Would you address it?We all want the same things: law, order, respect, and peace. Let’s work together to obtain them. But to do that, beliefs must be true, not emotional rhetoric generated by mainstream media. Beyoncé , Stevie and Snoop, your bold but misguided battle against the myth of endemic white racism would be better focused elsewhere.Sincerely,Those Who Love Truth