I Stand With The Clown

A rodeo clown’s decision to wear a mask resembling the face of President Barack Obama gets  permanently banned from participating at the venue in the future. Not only did get FIRED! the fair’s officials, the states governor, and lieutenant governor, and several U.S. Senators all condemn the poor clown. 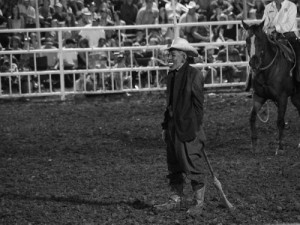