On 30 June 2009, militants belonging to the Haqqani network, an Afghan insurgent group which is allied with the Taliban, took twenty-three year-old United States Army  captive.  This ill-fated day was a Tuesday. 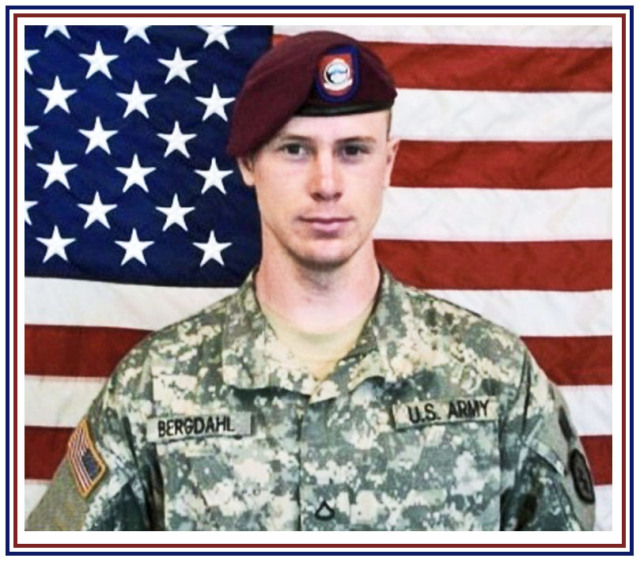 We all know how fast a week passes.  Often almost before we barely realize it, we’re marking another month off the calendar.  But time doesn’t feel like it moves so fast when you’re a prisoner who is fearing for your very life every single day.  How difficult it is to imagine the emotions that Sergeant Bergdahl must feel as he sees the sun rise, and then later set, putting him one day longer away from the people and things that he holds dear.

A group of Bowe supporters were discussing this very scenario one day and came to the conclusion that there needed to be a way to raise awareness about how the days of Bowe’s captivity had evolved into weeks, months and now years- a way to connect to Bowe’s experience in some small way. The idea of BOWE TUESDAY was born.  For over two years, the practice of taking extra steps to acknowledge Bowe Bergdahl each Tuesday, the day of the week that he was taken captive, was practiced by these supporters.  But the time came when it was clear that there needed to be a way to include more people in the BOWE TUESDAY movement, a way that would reach more people than could be reached via email chains and word of mouth.  One of the people in this group of  Bowe supporters said “have you ever noticed on Facebook, all the different people who you don’t know whose profile pics pop up and it says ‘people you may know’? And with that new ticker thingy that’s just coming out, you’ve got this stream of profile pictures flowing by on the side of your Facebook home page- what would happen if every Tuesday, a significant number of the profile pictures people saw around Facebook  featured Bowe Bergdahl?  That would get people’s attention, people would want to know who this Bowe Bergdahl person is- people who aren’t even aware that America has a soldier who is being held as a prisoner of war would find out about Bowe.” The next step in the BOWE TUESDAY movement was clear.

We decided to take the idea of BOWE TUESDAY and translate it to Facebook.  And although this is an easy event for those wishing to support Bowe to participate in- the commitment is just twenty-four hours once a week, the potential for raising awareness about Bowe is dramatic.  It’s such a simple thing to do yet it will be extremely powerful when many people feature Bowe’s picture as their profile image all at the same time. You’ll not only catch the attention of the people on your own friends list, every time your profile picture appears in a “People You May Know” list, people who are friends of friends will see a message about Bowe.  So will people with whom you share the same workplace, hometown, current town, school and page interests with.  WOW! That’s a lot of people! Imagine this: It’s a Tuesday, a person clicks on the “Find Friends” tab or runs a search using a person’s name and nearly everyone that’s shown in the results has the BOWE TUESDAY photo as their profile picture. Now if that doesn’t get their attention, nothing will! Let’s make this our goal.

We created the image featured below with BOWE TUESDAY in mind.  Some supporters have chosen to also feature Bowe on their Facebook cover picture.  We’ve created some images that work nicely as a cover photo which can be found in the Artwork & Image File.

We hope that you’ll join us in the future for BOWE TUESDAY. Only one day a week until Bowe comes home- that’s all we ask you to commit to using the BOWE TUESDAY image as your profile picture. All you have to do is right-click on the image and save it to your computer. Be sure to click on the image to enlarge the picture so that you will be able to save the best image possible. Many of Bowe’s supporters who use twitter have taken the idea of BOWE TUESDAY one step further and are using the following set of hash tags several times during the day each Tuesday in their tweets: #bowetuesday, #Bowe #Bergdahl, #POW, #supportbowe.  Thank you so much for joining us in this weekly event to help bring attention to Bowe Bergdahl’s story. Δ 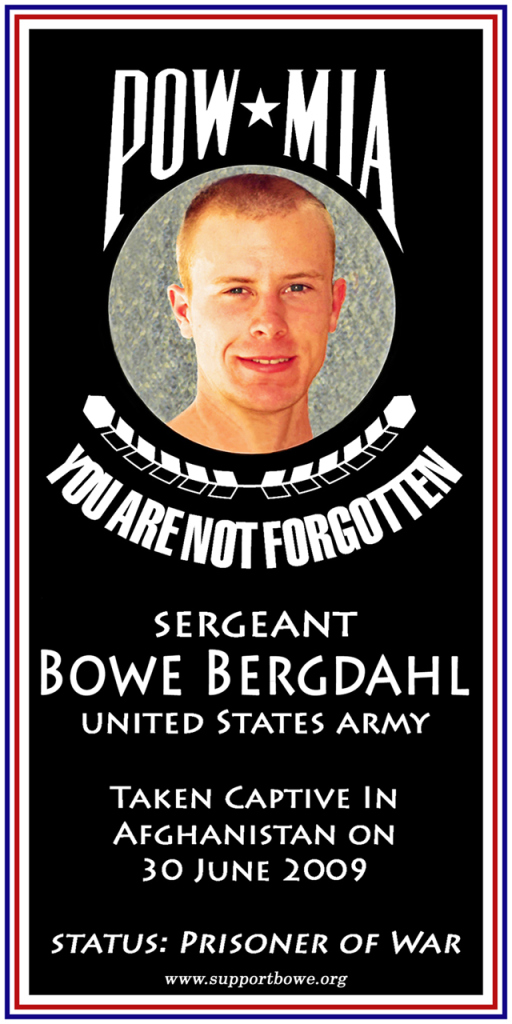