Im sure it’s not over the shutdown John it’s that they’ve seen The Addams Family and their making jokes behind your back or to your face as i would. 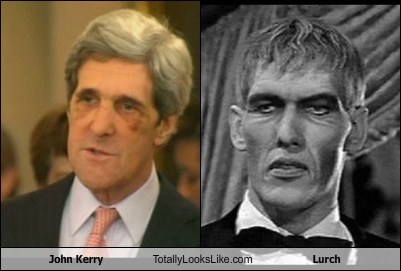 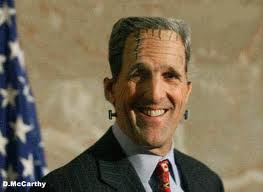 Just how bad was the shutdown for America’s image on the world stage? So bad, says Secretary of State John Kerry, that foreign officials joked about buying him meals.

“I have seen how our allies, our partners and those who wish to challenge us or to do us harm are all sizing us up every day,” Kerry said at an event hosted by Center for American Progress, a liberal think tank. “What we do in Washington matters deeply…that’s why a self-inflicted wound like the shutdown can never happen again.”

Kerry added that the shutdown delayed security aid to Israel. “The dysfunction and the shutdown and the simplistic dialogue that came with it didn’t impress anyone,” he said.

The federal government was mostly shuttered for 16 days after House Republicans refused to sign off on a budget unless it stripped away funding for President Obama’s health care law. The impasse was condemned repeatedly by the Democratic leaders and progressive policymakers at the conference.

“I do love this country, damnit, and this country is in deep trouble,” declared former Vice President Al Gore. “What happened down there on Capitol Hill was pathetic.”

The shutdown sent the GOP’s approval ratings spiraling downward, leading some Democrats to think they might be able to take over the House in the 2014 mid-term election. “If they stay on course Democrats have a good chance,” said Chicago Mayor Rahm Emanuel, a former congressman who led the Democratic Party’s House campaign committee. “If they reverse course than it’s a district by district scenario.

Gerrymandering by GOP-led state legislatures, however, have left few competitive seats. “This is a map that the Republicans designed nationwide,” Emanuel said. “If you want to win it back, you have to pick the lock nationwide.”