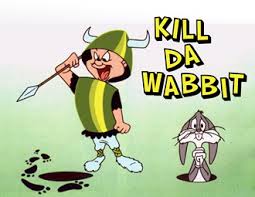 The windswept Scottish island of Canna is home to just 12 people — and 16,000 rabbits. But thousands of the bunnies are set to be culled after their frantic burrowing caused a landslide, officials said Friday.

The National Trust of Scotland, a conservation charity, said the rabbit population had to be brought back to a “sustainable” level as their digging is damaging buildings on the tiny, remote island off the west coast. 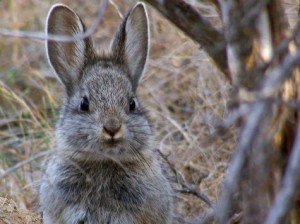 “Steps have to be taken to bring the population back under control,” a National Trust spokeswoman told AFP.A landslide on Canna last week is being partly blamed on underground rabbit warrens which weakened the soil structure, she said.“That caused the only road on the island to be impassable for several days,” she added.Canna resident Winnie MacKinnon told The Times newspaper that the rabbits had even uncovered skeletons in the island’s cemetery. “The rabbits are digging up the graveyard and they’re dragging out the bones,” MacKinnon said.She added: “A lot of rabbit pie is being eaten but you cannot keep up with them.”The National Trust is currently looking for a contractor to carry out a cull on the seven-kilometre (four-mile) long island, which is part of Scotland’s ruggedly beautiful Inner Hebrides archipelago.The “most likely” solution is that the rabbits will be shot, the charity’s spokeswoman said. She declined to specify how many rabbits would be culled, but confirmed it would be in the thousands.It is only a few years since Canna was overrun with rats. In 2006 the National Trust launched a two-year operation to eradicate the island’s 5,000 rats, which had been threatening its seabird colony by gorging on unhatched eggs.

Britain to Cull Thousands of Rabbits on Tiny Scottish Island.